Located less than ten kilometers from the royal city of Nérac, is a destination to discover! Its charming and historical asset is the Moulin des Tours. It is an exceptional tourist place testifying to an interesting past between trade and crafts. Despite the years, it has been able to adapt to the local economic diversity, being successively a flour mill, a sheet fuller, a place of electricity production and the manufacture of cork stoppers. Its motto could be: renew itself to survive the years and be always standing, on its 4 towers!

A construction in several stages

Paris was not done in a day, they say… and neither does Barbaste! Over the centuries, the Moulin des Tours has evolved. The oldest parts date from the 12th and 13th centuries. We can still guess the presumed location of the drawbridge (at the beginning of the Romanesque bridge) and the granting, neither more nor less than a toll, placed on the bridge. This pretty bridge, in fact, overlooks the Gelise, which is a tributary of the Baïse river. The money from the grant attracts and that is why the 4 towers are built... giving the mill a defensive vocation!

Come take a boat trip on the Lot-et-Garonne rivers, click to read our article and find out more.

Le Moulin du Batan, opposite the Tours de Barbaste and the Roman bridge

The calm waters of Gélise

In the 16 th and 17 th centuries, the place will undergo some improvements, although the towers will retain their original shape. Thus, we erect an annex mill, a dam and we install a turbine.

The dam built on the Gélise

In the 19 th century, the complex grew even further, with the construction of the forge, the old silos and the Maison Aunac.

The forge, the towers and the silos

During the night of 30 October to 1st November 1937, a fire broke out at the mill. It was a short circuit in one of the electrical systems that caused it. It's a disaster and it will take 10 years for the first restoration work to begin. There will then be two waves of renovation and restoration: the first in 1990, and the second dates from 2009/2010.

Do you like towers and castles? Read our article on the castles to visit in Lot-et-Garonne.

You are certainly wondering what is the link between this mill and the King of France? This link is the Albret family. The d'Albret family is powerful and very present in Aquitaine. It owns, among other things, the territory of Nérac. In the 14th century, Amanieu VIII bought the original mill and in fact a fortified, secure location. Indeed, this mill has a granary and it is here that the receipts of the grant are stored. It was therefore a place of high value.

Among the descendants of Amanieu VII, let us quote Jeanne d'Albret. From his union with Antoine de Bourbon will be born 5 children including Henri, King of Navarre under the name of Henri III and King of France under that of Henri IV. The King loved the Moulin des Tours... He sometimes even signed "Henri, the miller of the Tours de Barbaste". Incredible isn't it?

Do you like History and learn more about Lot-et-Garonne, cultural and heritage places? Come visit the Lot-et-Garonne museums, our article presents them all to you!

Stroll in the alleys close to the mill

History of the 1001 owners of the Moulin des Tours

In 1807, Le Moulin des Tours became national property. It passed into the hands of Sieur Imbert de Barbaste, after an auction. Then a Bayonne merchant bought it, but sold it in 1821 to the Sauriac brothers. It is to these siblings that we owe the construction of the Maison Aunac (today an artistic place next to the Moulin des Tours). They are doing work, raising some parts, adding a wing, and renovating the interior of the mill. New sale in 1844. Agen bankers Rémy and Aunac bought it, but only kept it for 4 years.

In 1848, the miller of Nérac, Antonin Bransoulié, became the new owner. He revolutionized the mill by bringing it into the industrial era thanks to the installation of the turbine, the steam engine and the oven. Thanks to these improvements, he was able to enhance the whole and grow the milling activity.

House testifying to the presence of A. Bransouillé and detail of the entrance

He sold in 1864. And not to just anyone: to the Société des Moulins d'Henri IV. This national company produces very high quality flour. That of Barbaste has also been awarded several times. In 1880, the judicial liquidation was pronounced, following the retirement of the manager. A banker from Condom bought it then separated from it in favor of Sieurs Duprat and Ducasse. In 1919, a company took over the mill. She uses it to generate electricity and make corks. New change of owner in 1947: Mr. Coueille. He continued to produce electricity until the 1970s. Mr. Luque put his luggage there in 1980 and wanted to continue producing electricity, in vain. The association "Les Amis du Moulin" was created in 1986. Its goal is to preserve this heritage, while enhancing it through tourism. In 1988, the single-purpose intercommunal syndicate (made up of Nérac, Barbaste and Lavardac) bought the mill. In 2007, the Communauté de Commune du Val d'Abret, known today as the Albret Community, became its last owner.

Since 2020, it is possible to visit the Moulin des Tours, from April to November, for a very small entrance fee. This gives you access to an exhibition on the 800 years of history of the mill.

Little more: the installation of a dynamic terminal, modernizing the museography! And in summer, you can also take advantage of a guided tour, at a price of 4.50 €.

Pleasant visit to the mill

On the same bank as the Mill, continue after Maison Aunac. You will then follow the Gélise and you will find yourself directly in the heart of nature, in a peaceful green space where a few boats are quietly waiting to navigate the waves.

On the way for a hike in Lot-et-Garonne, after this visit!

A corner of greenery nearby

For a fun and attractive discovery, especially for children, the free Tèrra Aventura app offers you a quest in Barbaste.

We hope that these few information on this unique place made you want to go there! While passing through the Pays d'Albret, do not miss a visit to the village of Mézin, which is also worth a detour.

Astonishing architectural curiosity is the "Moulin des tours" or Moulin Henri IV, on the banks of the Gélise, and ...

Superb country house of English origin dating from 1284, it has beautifully preserved its fortified wall of ...

To discover La Baïse and its tributaries, we advise you to go to Nérac. From this village, nicknamed "The Pearl of ...

It is the pearl of the Pays d'Albret. Life is peaceful and harmonious there, on the banks of the Baïse which flows ...

In Agenais, Espiens is located between Agen, Nérac and Barbaste. Around the village, you have a beautiful landscape ... 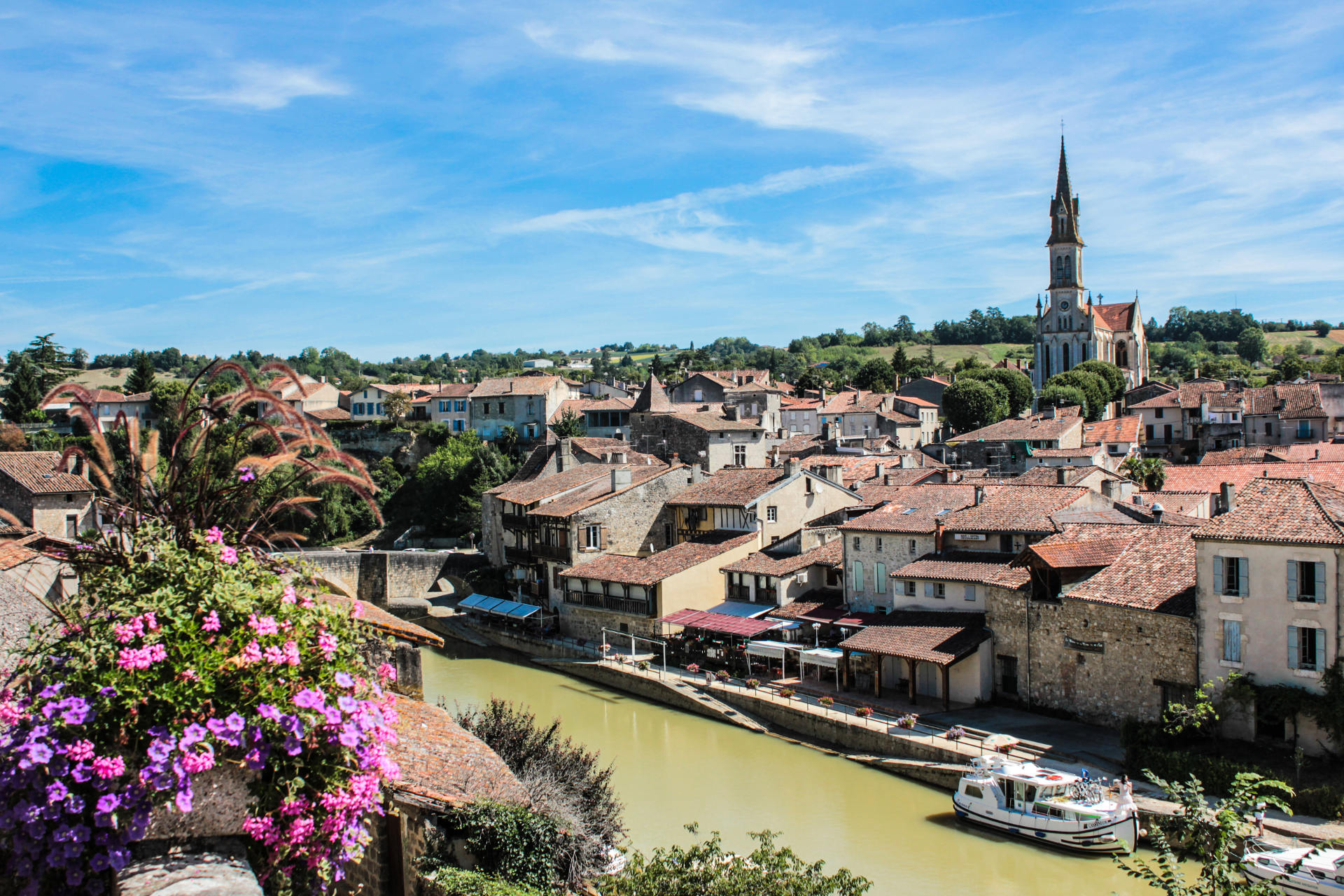 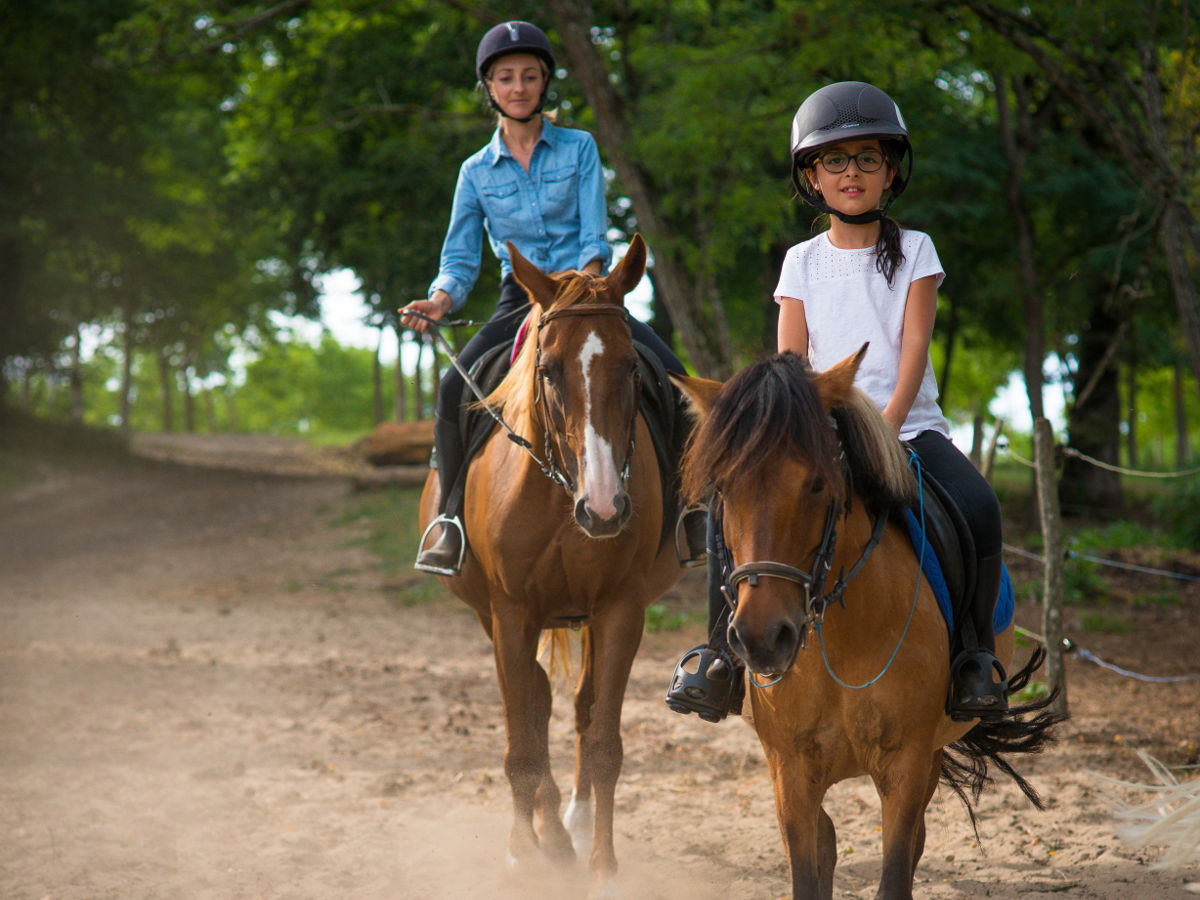