Visit of the village of Pujols

Stop off at Pujols, one of the Most Beautiful Villages in France, perched on its rocky limestone promontory at an altitude of 180m. Pujols overlooks two valleys: the Lot Valley and the Mail (or Masse) Valley. It is a stronghold which was dismantled following the conflict between the Cathars and the Church, then rebuilt in the 13th century with imposing fortifications. Today, the medieval village is particularly charming and well preserved, you will enjoy walking there, strolling to admire its panoramas, landscape reading table, orientation table and above all stopping in a small tea room or restaurant to feel all its sweetness of life…

It is thought that Pujols has been occupied since antiquity because its location on an elevated limestone plateau, like many of the pretty little villages of Lot-et-Garonne and this hilly corner of the south-west, makes it attractive to see arriving enemy! Because it is the main concern of the time: to see, to be seen in order to be able to defend oneself. The stronghold that was Pujols at the beginning of the 13th century was nevertheless taken to task in the crusade against the Albigenses . The County of Toulouse, on which Pujols depends, lets Catharism spread and it is not to the taste of the Church which retaliates. The village is reborn from its ashes, after being completely dismantled following the Treaty of Meaux-Paris in 1229 which put an end to this conflict. In the 13th therefore, Pujols was rebuilt and barricaded itself behind a surrounding wall and fortifications. We will not " do them " twice! Moderately affected by the Hundred Years War and the Wars of Religion, which were active in the region, Pujols remained intact but in the 19th century , the fortifications and the castle were dismantled. This one was at the corner of the rocky outcrop to the North-East on the Lot Valley side, there are still 4 towers including a round and austere one that can be seen when arriving in the village.

To visit the village of Pujols, I recommend that you consult the brochure issued by the Grand Villeneuvois Tourist Office: Pujols at a glance (in FR). There are also interpretive signs in the village.

Arrival in the village of Pujols via its Lot Valley facade

Pujols on its limestone plateau

Let yourself be charmed by the grandiose view (especially at the end of the day) over Villeneuve-sur-Lot. On days with little cloudiness, you can see the landscape from 30km around on the Lot Valley! Do you see the Sainte-Catherine church and its very high octagonal bell tower? In front of the door of the Saint-Nicolas church, there is an orientation table . We help you organize your stay, read our article 2 days in the Lot Valleys! If it's winter, read our article on great ideas for things to do in the Lot Valley in winter.

The view of Villeneuve-sur-Lot

Visit of the Village of Pujols

Enter the village through the Porte de l'Eglise Saint-Nicolas. Indeed if you look up you will see that the bell tower of the church overcomes the door and that it is one with the fortifications. The Collégiale Saint-Nicolas, which was originally a small castral chapel, was enlarged into a chapter in 1526 and rebuilt as a collegiate church in 1547. Gothic in style, it is part of the defensive system of the village and by visiting the interior , there is also a difference in thickness between the wall on the enclosure side and the others.

Interior of the Pujols Saint-Nicolas church

Do you like beautiful steep villages? Do not miss the discovery of Penne d'Agenais for anything in the world, it is a real gem!

On the large square is the Halle de Pujols , it dates from the 19th century and is the place of exhibition for traders during the Sunday market . Tea rooms and cafes can be found around the edge of the square, which is, like the rest of the village, very attractively flowered. Then stroll through the alleys of Pujols, according to your curiosity. You will admire beautiful half-timbered houses, the elevation thus worked made it possible to quickly build by taking advantage of locally available materials: wood, cob made up of straw and earth or bricks (there is no shortage of them in this region near Toulouse, etc.). Some village houses show the characteristics of the different functions of the floors. The first is often used for the workshop and the shop of the merchants, with an opening of the stall on the street.

On your left, after a pretty mineral square, is the Church of Saint-Foy-la-jeune. It dates from the 15th century and was built after the Hundred Years War to replace another church located at the bottom of the village in the Mail Valley. It contains a beautiful painted decoration dating from the 15th, 16th and 19th century which has been restored. It can be admired in summer because the church is the place of artistic exhibitions. Go around the church to reach the belvedere of Sainte Foy, which offers you a place to rest with a table for reading the landscape and a splendid view of the Vallée du Mail. It is very rural and completely different from that of the Lot.

View of the Mail Valley

Do we continue the visits? 3 pretty Lot-et-Garonne villages to discover in our article, including Pujols of course!

At the end of the village, opposite the Saint-Nicolas church, is the Porte des Anglais, so named because they would have fled through this passage during the Hundred Years War... The GR652 also passes through there, because Pujols is located on the way to Saint-Jacques-de-Compostelle , it is a ramp of the Voie du Vézelay: the Voie du Puy de Rocamadour which joins in 8 days the Chemin du Puy at La Romieu (in the Gers) passing via Le Vigan, Gourdon, Salviac, Tournon d'Agenais, Pujols, Agen… There is a Jacquaire stopover in Pujols, sleeping 4 in the presbytery of the Saint-Nicolas Church. Do you like walking and hiking? Continue by reading our article on the most beautiful hikes in Lot-et-Garonne.

Pujols is part of the agglomeration of Grand Villeneuvois , which is labeled Country of Art and History . This rewards the preservation of the heritage of the region and as such visits to the village are regularly organized, as well as cultural mediations (conferences, workshops, etc.). Read our article report on Villeneuve-sur-Lot.

Visit the Rustic Toy House in Pujols (in fr), check the Facebook page for opening hours. Immerse yourself in the toys of yesteryear, nature toys, pretty objects made by hand with local resources. Held by enthusiasts, they will pass on their love for these ancient and fascinating skills for young and old.

What to visit in Lot-et-Garonne in Winter?

What to visit in Lot-et-Garonne in Winter?

Discover the lot valley in winter

Discover the lot valley in winter

Visit of the medieval village of Penne d'Agenais and its sanctuary

Visit of the medieval village of Penne d'Agenais and its sanctuary

2 days in the Lot Valley: a weekend getaway!

2 days in the Lot Valley: a weekend getaway!

In the heart of the Lot Valley, on the outskirts of the town of Villeneuve-sur-Lot, the Lascrozes site is a Natural ...

Near Villeneuve-sur-Lot, the Castelmerle site is located on the Lascrozes plateau and in the Boudouyssou Valley . It ...

The cave is completely natural and still active. The geology of the land dates back more than 25 million years, from ... 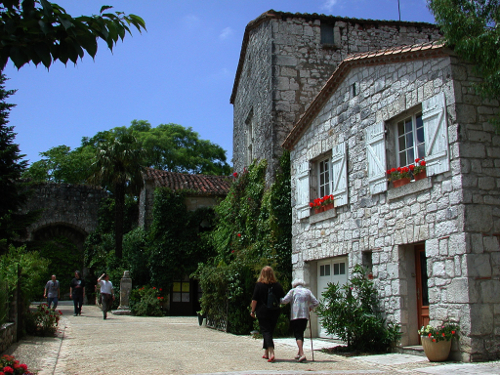 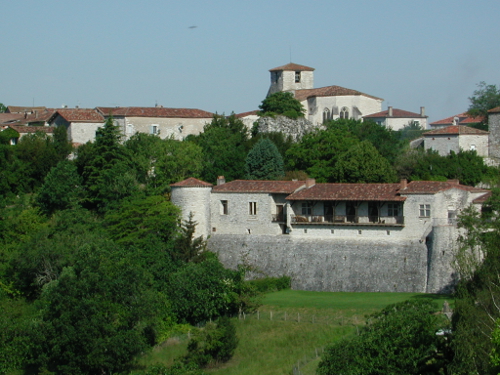