A stone's throw from the Dordogne and the Lot, the Château de Bonaguil and its towers that rise to the skies, is a joy to visit. In perfect condition, it will transport you to the past as much by its appearance as its incredible history! Built on a rock, its dominant position gives it an unparalleled view of the countryside. Opt for the guided tour, or visit the Château de Bonaguil by yourself at your own pace: with family or friends, it is an essential tourist site in the region and Lot-et-Garonne.

The Château de Bonaguil seen from the Valley

The History of the Château de Bonaguil

The Château de Bonaguil is the expression of a refusal. Built at the end of the 15th century, a time when this type of fortified and very defensive architecture no longer had any real reason to exist, everything, in its appearance , its proud appearance, its posture on the rock, inspires respect and forces the enemy to retreat. Yes, but which enemy?

View from the high terrace, over the Valley and the village

If a first castle was present from the 13th century, firmly camped on a rocky needle pierced with a hole (a cave that we will discover during the visit), it is not this one whose remains are visible today. today. It was in 1483 that Baron Bérenger de Roquefeuil literally fell in love with Bonaguil (good needle). Fortunate, can be a bit megalomaniac or born too late at a time when one thinks of one's comfort rather than protecting oneself from enemies. He will carry out 40 years of work and transform the initial small castle into a powerful and masterful fortress, ready to fight! He adds 6 towers, two fortified enclosures, it is a fantastic example of medieval architecture and at the same time so anachronistic! We will cross 7 drawbridges with their ditches, 13 towers and turrets, a barbican, chicane, loopholes... All the military and combat paraphernalia of the time, while the Hundred Years War was already far behind...

In the 18th century, the Countess Marguerite de Fumel who tragically lost her husband, owner of the castle, had it fitted out to enjoy more comfort during her visits and finally to live there and end her days. She modernizes the house, dismantles the drawbridges, builds terraces where she will give sumptuous parties. To enjoy a better view of the Thézou valley, she had part of the ramparts demolished and took over the better-exposed southern wings.

The terrace of the keep of the Château de Bonaguil

The Château was remodeled in the 18th century for more comfort

Today, it is said that the castle is in ruins, but that is a very bad name for the remains of Bonaguil, who passed the horrors of the centuries with flying colors. If it was damaged after the Revolution, like many residences of this type, symbols of a stratified past of which no one wanted to keep a memory, it remains nonetheless majestic. Visit the Château de Bonaguil as a witness to the past, with its curious and moving history. The attractive museography, the guided tours and activities during the summer season will appeal to adults and children alike who will easily imagine themselves as knights for a day!

Some towers have been razed, the roofs are missing, but that does not detract from its superb

Stroll along the signposted route, in the renovated spaces between old and modern

Visit the castle of Bonaguil

You will arrive by car, probably from the valley. After a few rural bends, it stands before you, insolent in its splendor and beauty: the Château de Bonaguil is conquering, even from afar! Watch out for cars stopping to take a picture! We recommend that you park at the bottom of the village, which you will be able to discover in all seasons by taking the Sentier du Château.

The entrance to the Château de Bonaguil is at the very top of the village. It can be visited during opening periods (see below and on the Château de Bonaguil website in FR ), either in guided tours of around 1h30 (the best option for immersing yourself in the spirit of the place) at no additional cost or well on a self-guided tour. With the children, I recommend that you ask for or print out the game booklet, which is an interesting booklet to introduce them to the different functions of the rooms and spaces of the castle. A fun and educational visit. For adults, the perfectly signposted route begins at the Barbican and criss-crosses the entire site. Be careful, you need good shoes, because as an ancient site, the Château de Bonaguil is dotted with stairs, which are sometimes difficult to take.

Entrance to the Château, where there was one of the 7 drawbridges

We cross the barbican and the first enclosure, surveyed by the loopholes and the multiple gunboats. We enter a place that had a strong defensive vocation! A first welcome that sets the tone for the rest of the visit… Observe the thick, impenetrable walls, the enclosure protected the Lord and his goods. A little further in the Dump, artefacts from the daily life of past guests have been found following archaeological excavations. You then enter the lower courtyard (perhaps paved to facilitate circulation) by passing one of the 7 drawbridges of Bonaguil. They have been made more passable by the Countess, they are now said to be " dormant bridges ". Under your feet, the ditches, which unlike moats, are not filled with water!

To make sure you don't miss any of the visit, follow the signposted route, don't hesitate to refer to the map of the castle to find out where you are! The Château de Bonaguil is spacious and its two enclosures are to be explored as a whole.

The bakery of the Château de Bonaguil

After descending a staircase, we arrive at the bakery, it is vast and allowed to bake bread for the Lord and all the people residing in the Castle. Its state of conservation is remarkable after restoration, the equipment of the stones is to be admired from the zone under the bakery. The architecture of the defense room a little further is also worthy of interest. We continue towards the casemate and its corridor which narrows… It was a place of surveillance.. . See without being seen and while protecting yourself with gunboats.

The Bonaguil cave is near the Medieval Garden, retrace your steps to admire it and enjoy a lovely view of this side of the countryside. The cave is an original natural cavity, which was fitted out to serve as a place of storage but also of circulation. The second enclosure houses 5 towers including the proud and imposing big tower , the red tower and the square tower. You can go up there, a little further and visit the lodgings and different floors which reveal superb panoramas. Before reaching the terrace, you will pass through the chicane , a narrow corridor equipped with doors, gunboats at face height, an element controlling the flow of villagers within the enclosure of the castle. Very deterrent in the event of an attack, as it can cause considerable damage.

One of the things that stood out to us the most during our visit was the graffiti. The municipality of Fumel acquired the Château in 1860, it was quickly classified as a Historic Monument, but its condition was deplorable, long abandoned. In 1972, excavations in the big tower uncovered graffiti in the coatings, which date from the time of the grandiose and gallant parties of Marguerite de Fumel at the castle. The guests left traces of their passage, like so many little nuggets to savor to transport us to that time.

Graffiti at the Château de Bonaguil

We will then go up to the main courtyard which serves the dwelling and the residential apartments of the Lord and later of the Countess. You will see the well of Bonaguil , which slips 48 meters deep below its opening, dug in the rock deeply to fetch water beyond the rock on which the castle is built, it is the main source the Château's water supply.

Terrace and main courtyard, the well

Finally climb to the keep, at the very top is a terrace in the shape of the prow of a boat which allows you to appreciate an overview of the castle and its domination without escape over the countryside. This high and powerful dungeon is the symbol of the ascendancy of the Lord over his domain where his sovereignty operates.

Retrace your steps to explore any forgotten sections of the Castle. The visit is more or less linear, do not hesitate to navigate according to your desires. The Château de Bonaguil can be discovered with patience, its beauty could lead to haste, however we recommend that you savor both these different spaces and its unforgettable view!

Back to "Family Time"

For nature holidays, head to the Pays du Dropt!

For nature holidays, head to the Pays du Dropt!

Located in Lot-et-Garonne, on the border of Lot and Dordogne, the Château de Bonaguil forms a unique ensemble in ...

The Gavaudun Valley is a wooded natural area in the Pays du Dropt, classified as a Natural Site. Nestled between the ...

In Fumel, the Saint-Michel plateau is a balcony overlooking the Lot. A hiking route allows you to walk it. You will ...

On the heights of Monségur, the panorama over the agricultural lands of the Pays du Dropt is magnificent. Several ... 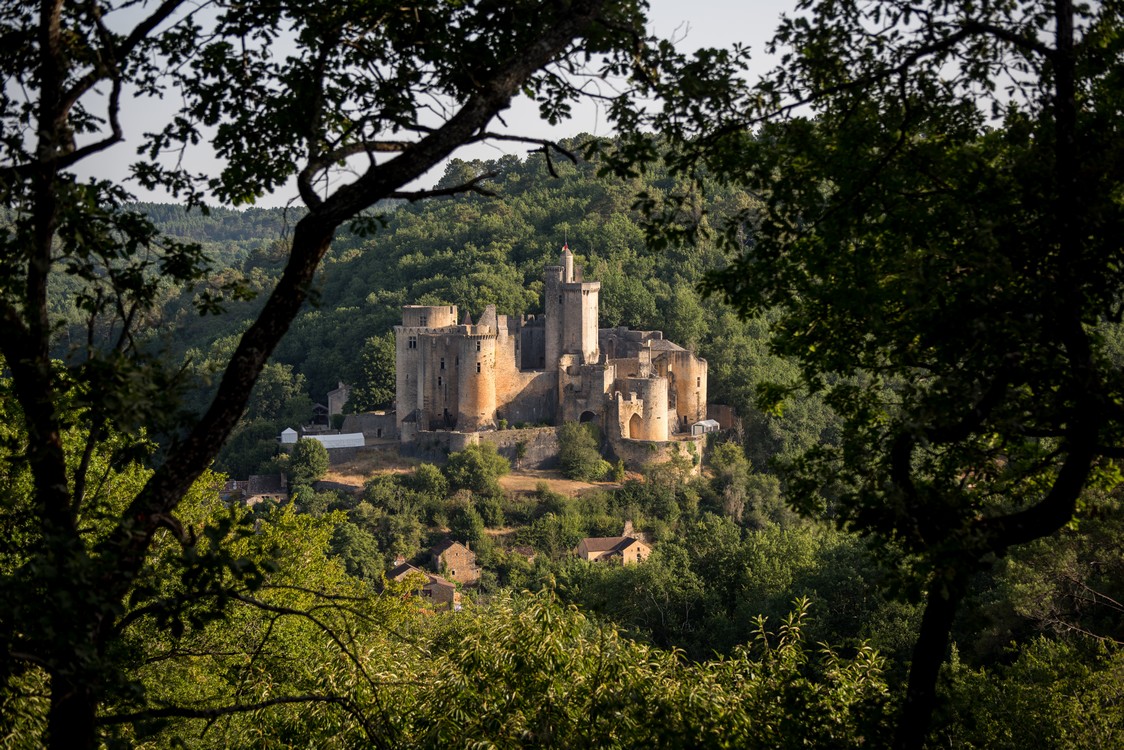 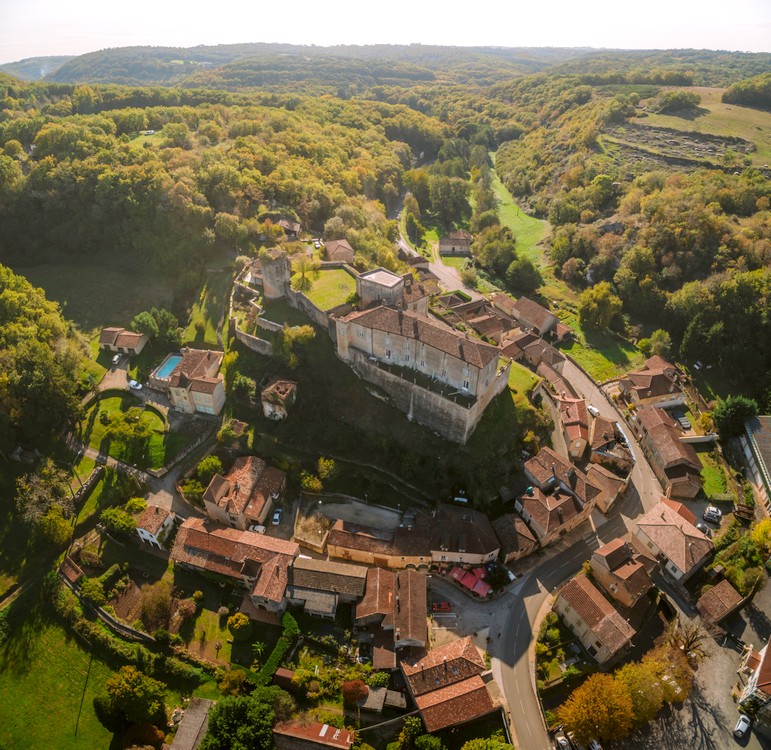 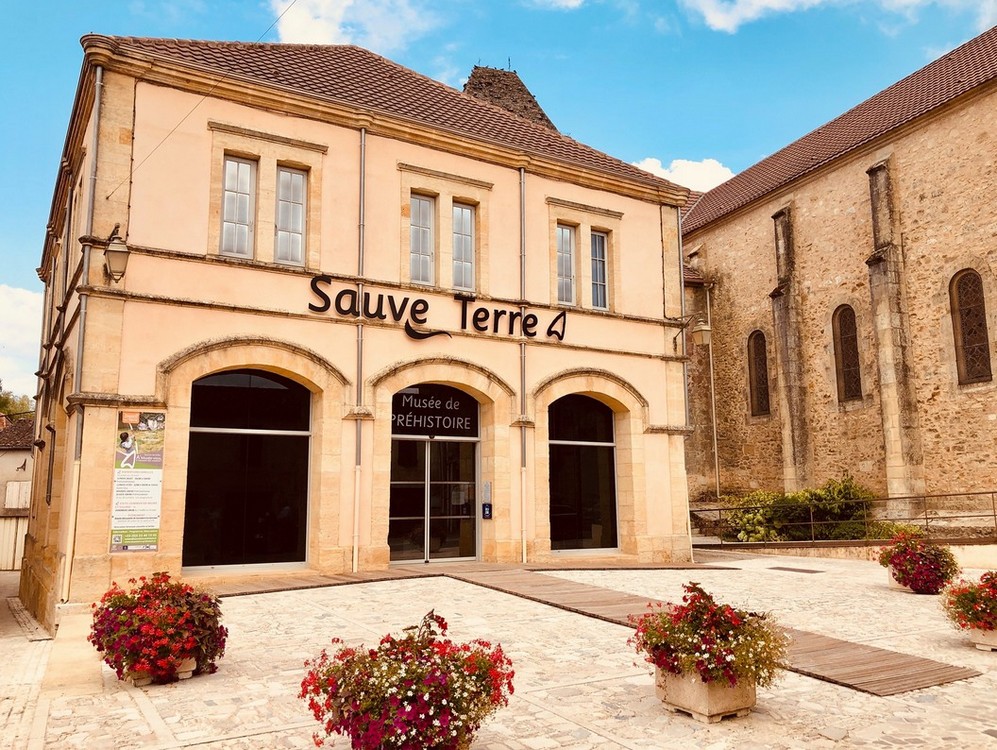